At least 150 people were killed and thousands of people injured in a shocking explosion in the Beirut port. The blast has ravaged the vibrant city’s downtown business epicenter. Here is what we have known so far about the Beirut blast.

What happened in the city of Beirut?

A massive explosion at the port of Beirut’s warehouse sent a shockwave at 6 P.M. through the downtown district on Tuesday, August 4. Videos posted of the blast on social networking sites showed smoke coming out from the warehouse prior to which the giant explosion gave birth to a gigantic cloud in the shape of a dome. Videos have captured the cloud engulfing the central part of the city.

The force of the explosion has done severe damage to buildings in the nearby neighborhoods. Thousands of people have become homeless, many are seriously injured, and many families have lost their dear ones.

Cause behind the explosion:

Authorities have revealed that the blast happened when a sudden fire at Beirut port’s warehouse accidentally ignited ammonium nitrate, a dangerous explosive agent that has remained at the affected site for six years.

The government of Lebanon is facing harsh questions regarding the source of the explosion. Lebanese authorities have stated that the explosives entered the port of Beirut in one of the vessels sailing for Georgia, back in 2013.

As per the records of the newsletter of a shipping industry, the said vessel carrying ammonium nitrate was compelled to dock in Beirut port because of technical issues. It contained 2,750 tons of explosives and local authorities involved transferred them to a warehouse temporarily. Officials working at the port have been on house arrest and investigators are continuing inquiries.

How is the recovery work progressing?

Foreign governments have joined hands to supply short-term helps to Lebanon to help the nation and its people fight the current crisis.

Public response to the explosion

Critics of the ruling government in Lebanon raised the banner of rebellion after the blast. They are question the government why and how the fire and explosion happened. As Beirut struggles from the aftermath of the explosion, demands for answers might grow.

As per reports, in the evening of Wednesday, several protesters have attacked the earlier Prime Minister’s convoy, namely, Saad Harari. Harari’s family has remained in the limelight for decades as far as the political scenario of the country is concerned. Protesters are likely to hit the streets in the weekends in large groups.

How is the condition in Lebanon at present?

The economy of Lebanon was already going through a tough phase because of lockdowns at the outbreak of the global pandemic- COVID-19. The already suffering economy of the country further deteriorated after the sudden blast. The value of Lebanon’s currency in the world market has gone down in the past few months.

The overtaxed power supply system has forced Beirut, Lebanon’s capital, into hours of darkness on several occasions. As per the predictions of the International Monetary Fund, it is expected that the economy will experience contraction by 12 percent.

Writer and Digital Marketing Influencer. He is very passionate about his writing quality. He regularly writes more than ten websites.
Read more...

An online magazine of news, opinions, and editorials, that cover everything around in and out of the world
Menu 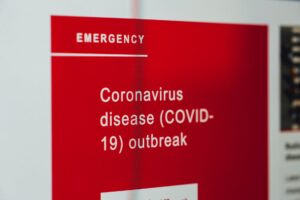 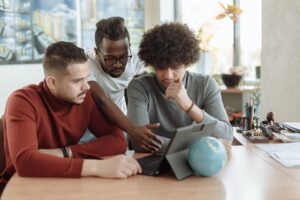